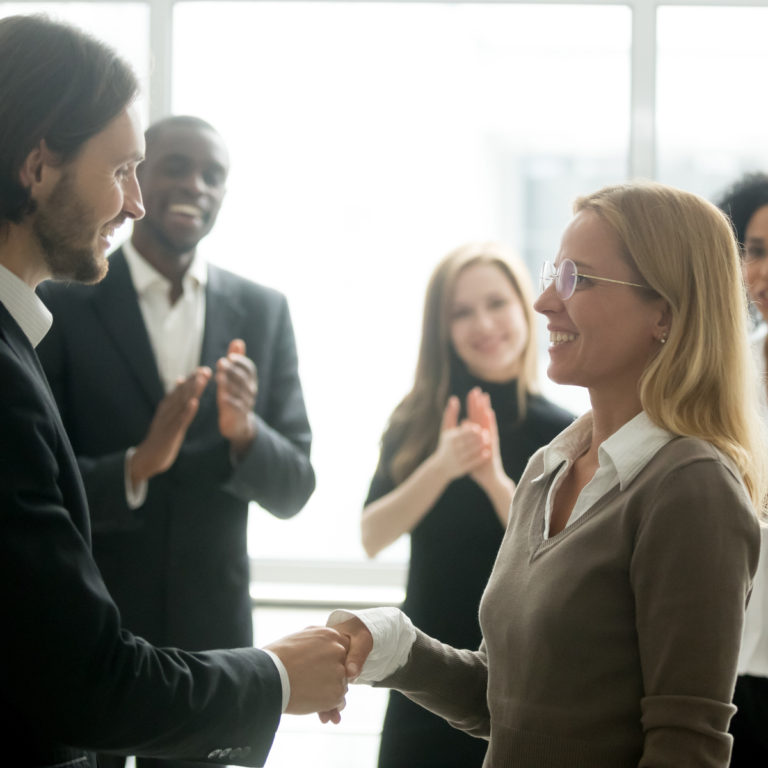 Industry Leaders magazine named our CEO, Jeff Detwiler, one of the Most Influential Real Estate Leaders in North America and featured him on the cover of its June issue. In the article, Detwiler comments on the shifts he’s seen in the real estate market during the 10 years he has worked at The Long & Foster Companies. In addition, he provides insight into how the market has evolved in the technological landscape and the changes Long & Foster made to continually provide its agents with the best and most innovative solutions to build their businesses.

This spring, Long & Foster served as the exclusive corporate sponsor of Transformer’s 2019 Collector’s View series. The partnership brought together Long & Foster’s expertise in high-end real estate and its connections to the art world via affiliations with Christie’s International Real Estate and Christie’s celebrated auction house.

The Collector’s View series presented a unique line-up of in-home receptions, where guests were provided with an insider’s perspective on the motivations, interests and passions of dynamic collector hosts and their private collections of art. This year, the events were hosted in the homes of a select group of the D.C. area’s African-American art collectors. Proceeds from tickets sold directly benefitted Transformer’s exhibitions and programming.

Last year, Long & Foster celebrated its milestone 50th anniversary by establishing a marketing and communications campaign that honored the company’s past, while looking toward its future. The plan included the publishing of an anniversary book, entitled ‘Agents First’, a video, many blog articles and a social media campaign—all bringing Long & Foster’s history to life piece-by-piece.

Winners will be announced at the PRNEWS Platinum PR Awards Dinner Gala on Sept. 17. To view a full list of all finalists, click here.

On June 5, more than 100 golfers from The Long & Foster Companies joined together to participate in the firm’s annual charity golf tournament, which raised over $8,000 for the American Heart Association and Make-A-Wish Mid-Atlantic. This was the largest amount ever raised during the seven years of the tournament and the proceeds were split between the two charities.

Long & Foster Real Estate has once again been honored by the Richmond Times-Dispatch as one of the Top Workplaces in the Richmond region. This year was the fifth consecutive time the brokerage has earned a spot on the Top Workplaces listed, and it was the first time ever the company took the top honors among large companies, ranking as the No. 1 large organization on the 2019 list.

The Top Workplaces lists are based solely on the results of employee feedback gathered through a third-party survey administered by research partner Energage, a leading provider of technology-based employee engagement tools. Several aspects of workplace culture are measured in the anonymous survey, including alignment, execution and connection.

Earlier this year, readers of the Richmond Times-Dispatch nominated their favorite local businesses in over 100 categories. Those with the most nominations made it to the online voting round, which began on July 7 and was open through July 21. The top five finalists have been invited to the Richmond Times-Dispatch’s Best Fest in October, when the winner of each category will be announced.