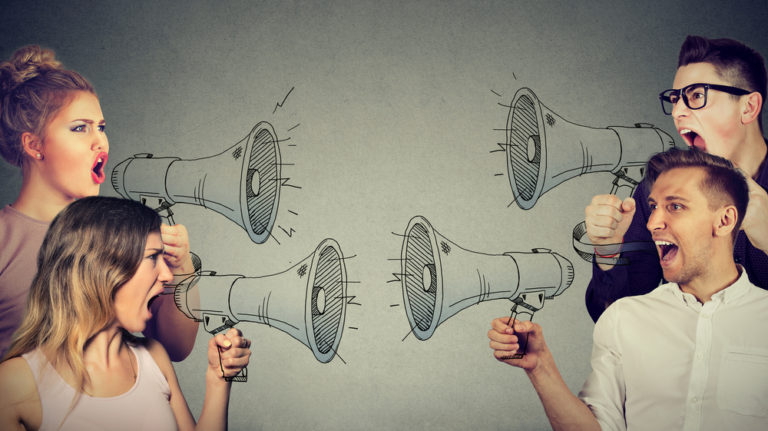 Steering Clear of Controversy in a Sea of Social Media

Being active on social media can be a positive thing for many real estate agents, allowing you to show off your listings, keep in touch with clients and find new leads. However, the world of social media is fast moving and can easily turn against individuals who share content that may be viewed as controversial, negatively affecting their image or business.

The Risks of Social Media

Every American has the right to say or write what they think without the government trying to silence them (with a few specific exceptions), but that doesn’t mean that there won’t be other consequences. Some of these include: direct responses to a person’s controversial post that are critical, overbearing, angry or even threatening; the loss of an important client or future clients who may have been offended; and the loss of a job as well as future job prospects.

Whether it’s a political opinion, religious remark, commentary on a protected class like race, national origin or gender identity, a joke that’s in poor taste or something else incendiary, once posted on social media it is out there for the world to see. Additionally, the remark doesn’t have to be on your business page for people to find or share it. Often, people will see content they consider offensive on personal profiles or in groups, take a screenshot and then send it to the writer’s employer or contacts. This means it matters little if something is posted privately – if someone can take a screenshot, they can make it public.

Nothing is Truly Private on Social Media

It may feel safe to publish a post on a personal account, especially if it’s not publicly viewable, but that doesn’t mean that a friend or follower won’t take a screenshot and share it publicly. Additionally, because of the ability to take screen captures of content posted online, it can be nearly impossible to stop people from sharing it, meaning it’s in the world forever.

In some cases, controversial social media posts will go viral – meaning other users will spread the information quickly from person to person resulting in more people seeing it, as well as the possibility of the post trending and becoming a news story.

If a controversial post doesn’t go viral, its author may only be risking alienating a small handful of people, but if these posts pick up steam, they can cause major headaches since public response to them can’t be controlled. Those who are offended by the post might respond publicly with outrage and anger, share it with even more people, send the author threatening messages, complain to the author’s employer or bombard their Facebook business page with negative reviews. For the author of the post, this can sometimes cause irreparable damage to their reputation and hurt their credibility.

The National Association of Realtors’ reminds its Realtor members that they have agreed to follow their Code of Ethics, which includes their online behavior. That also means its key to follow all advertising regulations and Fair Housing laws in your online interactions. If you’re about to post something on social media that you wouldn’t say in front of a potential new client, it’s likely best to refrain. And if you’re looking for social media content that you can easily and safely share, visit the Long & Foster Facebook, Twitter and LinkedIn accounts, as well as our Long & Foster blog.