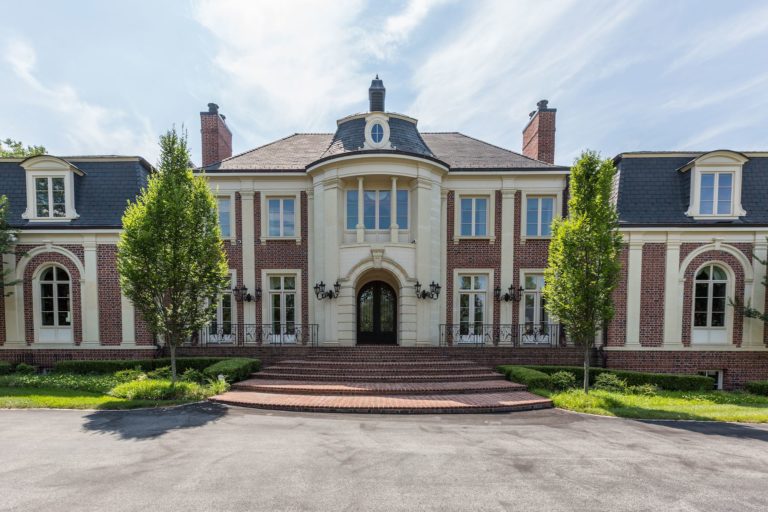 An estate listed by Long & Foster’s Fouad Talout and Pascale Karam was chosen as the setting for the 10th annual DC Design House. The annual fundraiser benefits the Children’s National Health System. The gorgeous property, located at 9004 Congressional Court in Potomac, Maryland, is listed for $10.28 million and includes 2 acres of land. The fundraiser was held from Sept. 30 to Oct. 29, and since the event began, more than $1.78 million has been raised and donated to Children’s National. The event features the work of 23 designers who each created a unique space within the home.

René Fonseca, a sales associate with Long & Foster’s McLean, Virginia, office, was named as one of the Top 25 Latino Realtors in the United States by Latino Leaders Magazine. This is the inaugural year for the list, which features the most successful and recognized Latino real estate agents or offices in the country. A committee chose this year’s honorees from more than 600 Realtors across the United States that were considered. Latino Leaders Magazine is the most recognized national Hispanic business and professional publication. Fonseca teamed up with his wife, Deborah DeMoss Fonseca, to form The Fonseca Group. He has worked in the real estate industry since 2011 in numerous capacities, including working on housing development projects both nationally and internationally.

Alice Buchanan Scott and Erik Scott Shipp of The Scott Team, which is affiliated with Long & Foster, recently announced a formal partnership to support FeedMore. FeedMore is Central Virginia’s core hunger-relief organization, dedicated to providing neighbors who struggle with hunger healthy meals and hope for a better tomorrow. In order to make a difference and to help address the issue of hunger in Central Virginia, The Scott Team will be donating 400 meals for every transaction closed by their team. To kick-off this partnership, they presented a check to FeedMore on September 11 for $2,800 representing the 28 transactions they have closed to date in 2017, which will provide 11,200 meals for those in need of assistance by FeedMore.

Bethany Beach Realtor Allison Stine showed off her 2015 Camaro SS 500 Festival Car during the Heroes Welcome parade and the Cripple Creek Classic Car Show in Delaware in early September. Both events were held during the fifth annual Warrior Family Beach Week 2017, which took place from Sept. 5-10. The event is hosted by nonprofit Operation SEAs the Day, which serves wounded soldiers and their families. Every year, Operation SEAs the Day hosts week-long beach vacations for soldiers and their loved ones as a small way to thank them for their service and sacrifice. Families are selected by the Wounded Warrior Project, the USO and the Coalition to Salute America’s Heroes.

Valeria Alphin, a sales associate with Long & Foster’s Roanoke office, graduated from Virginia Realtors’ Virginia Leadership Academy (VLA) during the association’s 2017 state conference earlier this month. Each year, Virginia Realtors selects promising leaders to participate in the VLA program through a competitive application process that prioritizes professional achievement in the real estate industry and community leadership. VLA cultivates talent and prepares Virginia real estate professionals for industry leadership at the state and national level. Alphin was one of only 12 applicants from across the state accepted into the VLA 2017 class.

Ashley Brosnahan and Heather Gates of The Ashley Brosnahan Team at Long & Foster’s Bethany Beach office, formed the Beach Brigade Team and ran the Army 10 Miler in support of The Fisher House Foundation on October 8. Team Beach Brigade raised a total of $2,725. The annual race takes place each October in Arlington, Virginia, and Washington, D.C. Gates is a United States Navy Veteran and has participated in this race for the last two years. Brosnahan had never participated in the Army 10 Miler, or any race for that matter, but put in the training necessary and found herself totally immersed in Team Fisher House and the running world. The event is sponsored by the U.S. Army Military District of Washington. This year 35,000 runners participated.